You are currently browsing the monthly archive for October 2010.

October 22, 2010 in Uncategorized by Kitty | Permalink

We had a great time this past week in California.  Despite being away from his normal daily routine, Luca handled the flying, driving, restaurants, new places, and new faces with grace. After boarding the plane for our flight to LA, Luca cheerfully greeted all the passengers with a smile and a wave as they filed down the aisle. Here he is checking out the view below. 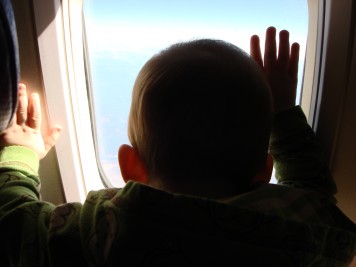 Our first stop was in Santa Barbara for Rachel and Tor’s wedding. While the weather was uncharacteristically overcast and rainy, Luca and Daddy decided a dip in the swimming pool before the wedding still sounded fun. 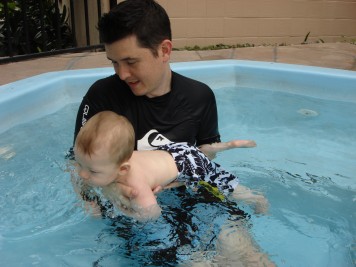 The wedding was held in a beautiful park in downtown Santa Barbara. After the ceremony the boys returned to the hotel for a guys’ night in while I went to the reception. 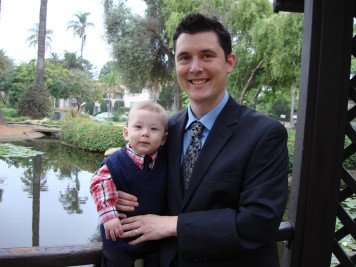 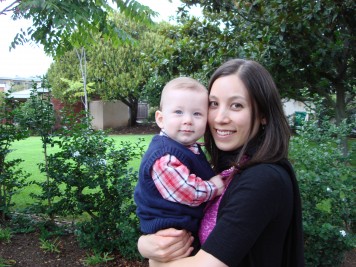 It was so great to meet up with old friends from PT school. Here we are taking a break after tearing it up on the dance floor. 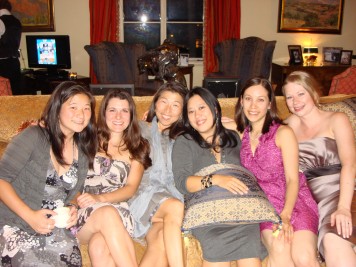 After a yummy brunch with friends the next morning, we headed down the coast to Santa Monica to visit with Rachel G. and her two lovely kiddos Sam and Sabine. Then we continued on to Pasadena where we stayed for the rest of our trip. The hotel grounds were beautiful and there was even a Japanese garden that we took a stroll through. 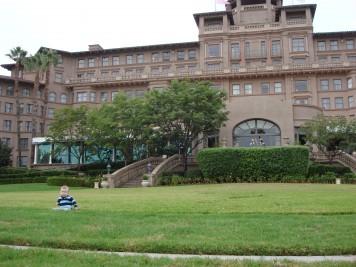 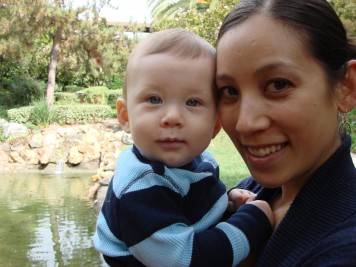 On our way out to dinner Luca cooperated long enough to pose for a family portrait in front of the fancy curtains in our hotel room. 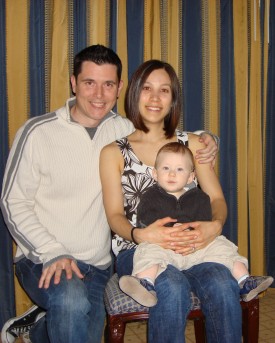 The next day the rain continued but Luca seemed to have no trouble enjoying the sights and sounds of Pasadena. 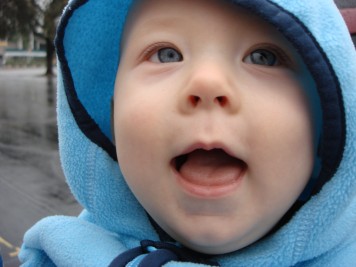 After visiting my old coworkers we met up with Leah, her mama Kristine, and Noriko for a sushi dinner. 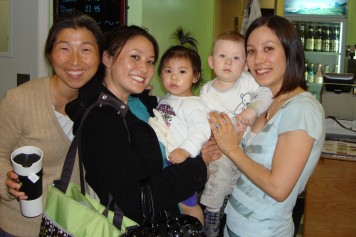 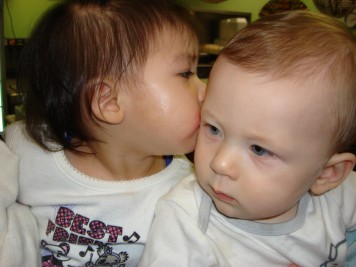 Luca and Leah’s last meeting was back in March. 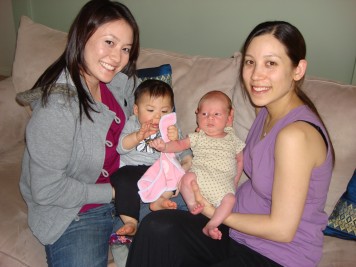 Then we drove to our old neighborhood for a Magnolia Court baby reunion. All the babies are growing so fast, and as they are all very mobile now it was nearly impossible to snap a photo with more than one baby in the shot at a time. Here Luca and Logan try to figure out how to share the same toy. 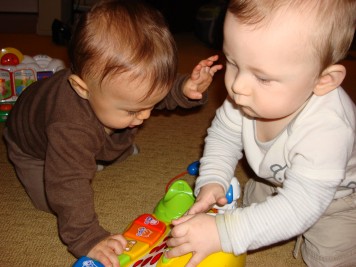 The next morning it was time to pack up and head back to Portland. Having so many adventures in just a few days was not only exciting but also exhausting, and only a plush king size bed would do for the monkey’s last nap in California. 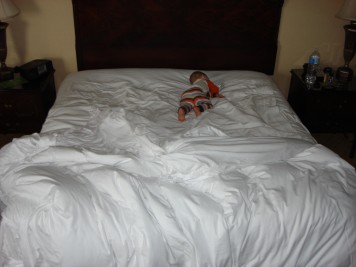 New teeth + pulling up to standing = 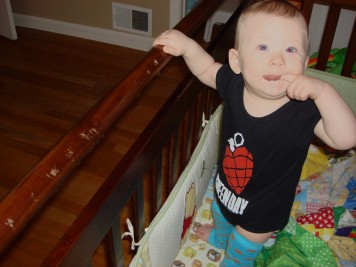 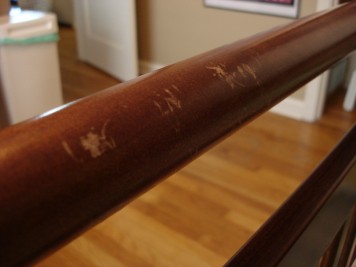